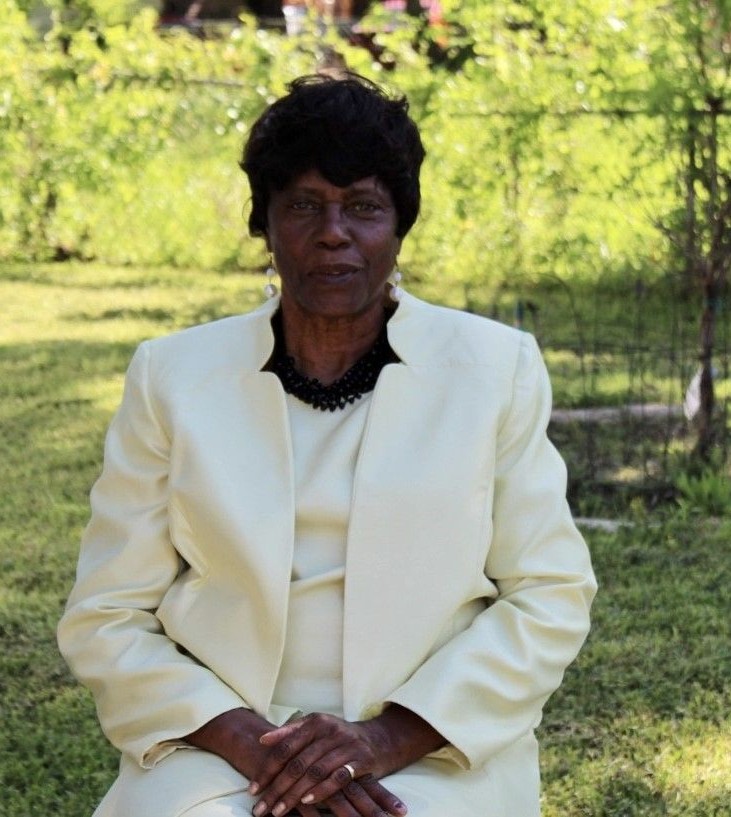 Sister Lettie Marie Davidson was born to the late Mother Ophelia Battle Thomas and Rev. James Thomas Sr. November 16, 1947 in Monroe, Louisiana. She attended public schools in Morehouse Parish Louisiana and spent a carefree childhood in Oakridge LA. Sister Davidson accepted Christ at an early age at Battle Chapel Church in Oak Ridge, Louisiana. In 1970 she moved to Dallas, TX where she met and married her late husband Donnie Louis Davidson Sr on May 11, 1972. She stayed married to Donnie L Davidson Sr., until his death on May 22, 1996. They were happily and blissfully married for 24 years. While she was married to Donnie she didn't have to work and was allowed to devote her time to her children and grandchildren. She was the mother of her late daughter Connie Marie Davidson who passed away in 1974. In 1975 she became a born-again believer who loved the Lord and served Him faithfully with Joy. She was a devoted housewife and when her husband passed she never remarried but remained a widow who dedicated the remaining year of her life to God through Christ Jesus. She always taught her children and grandchildren about the coming of Jesus Christ telling everyone to “ REPENT’!! Sister Davidson always had an encouraging word for everyone no matter their individual character. She would walk the streets of West Dallas preaching Jesus to everyone and drove the church bus for Greenway Park C.O.G.I.C where she was a member for 20 plus years. No matter where she went she kept her bible in her hands and Jesus on her lips. In 2003 she became a member of The Potters House Church of Dallas, TX. She was a strong God fearing woman and leaves a strong legacy of faith behind. She leaves to cherish her memories of 10 children, step-son and her niece she raised since birth as a grandchild. She is survived by: Donnie Louis Davidson Jr (Step-son), Ophelia "Monica" Thomas-Robinson (daughter), Casandra "San" Winters (Daughter), Timothy "Tim" Thomas Sr (Son), Carla J Thomas (daughter), Jacob "Snake" Davidson (son), Elisabeth “Nean” Davidson (daughter), Porshe J Davidson (daughter), Alex "Bundo" Davidson (son), Dianna “Tudy” Davidson (daughter), Gabrielle “Dina” Davidson-Jackson(daughter) and Tamalla "TeNiney" Irina Marie Thomas (niece she raised as a grandchild) all of Dallas, TX. 65 grandchildren and 10 great-grandchildren and a host of nephews, nieces, cousins, and friends. She also leaves behind her sisters and brothers James Thomas Jr (brother) of Kingsport, TN, of Dallas, TX, Helen Granberry (sister) of Duncanville, TX, Lloyd Thomas Sr (brother), Timothy L Thomas (brother), Jacqueline Williams (sister) all of Dallas, TX and also joins her later brother George D Thomas Sr (brother-deceased)

To order memorial trees or send flowers to the family in memory of Lettie Davidson, please visit our flower store.
Open