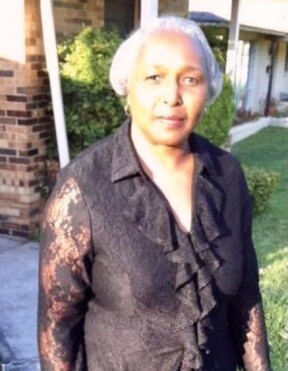 She graduated from Douglas High School in Sulphur Springs TX in 1967 and was a member of Olive Branch Baptist Church.

She united in marriage to Tommy C. Pryor July 14, 1967 and became a faithful member of New Birth Baptist Church under the leadership of George W. Pryor where she served with many auxiliaries until her death.

Eddie was employed with 3 major corporations; Sears & Roebuck 28 years until the catalogue division closed, ACS/XEROX 18 years prior to her official retirement and 6 years with Cox Automotive at the of her passing.

She was preceded in death by one brother Mark Wayne Johnson, sister Martha Jo Cooper.

To order memorial trees or send flowers to the family in memory of Eddie Pryor, please visit our flower store.