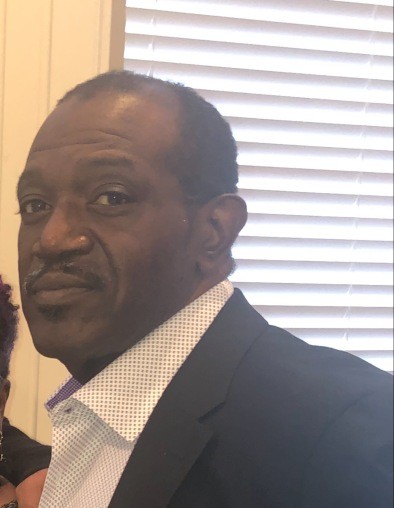 Calvin Rollins, Sr. was born on April 27, 1962 in Clarksdale, Mississippi to the late Moses and Gertrude Rollins. Calvin was the tenth of twelve children born to this union

. Calvin graduated from Clarksdale High School, where he excelled in football and music. He attended Coahoma Junior College for two years before transferring to Bishop College on a football scholarship. Calvin graduated from Bishop with a Bachelors of Science in Criminal Justice degree and focused on working with youth. Upon graduation, Calvin began his 32-year career with Dallas County and Dallas Independent School District as a substitute teacher, where he was often requested to work in the gym or with the special needs classes. It didn’t matter where Calvin was working, he focused on bettering the lives of children, youth and leaving a positive impact on their lives.

Calvin’s love for football and youth was apparent when he coached football for several years with the Salvation Army League. He was also part of the Dallas Stars Street Hockey pilot program at Fireside Recreation Center along with numerous other activities. All the students looked forward to working with Coach Rollins. He was fair and always listened.

Calvin was an avid outdoorsman. He fished, hunted with a bow and arrow and rifles. He would often come home from hours of fishing with an empty bucket days of hunting and no game. But he would tell you all about “the fish that fell in the water,” or “they just were not biting today.” “The deer were spooked,” or “one barely got away.” The best part about his hunting and fishing trips was the fellowship he shared with his friends Lorenzo Lily, Don Burgess, Andre Baker, Shelby Rossum, Jr. and others.

Calvin's other passion was motorcycle's. He started riding as a youth in Mississippi when his father put together a “Moses original”, mini bike-go cart. While visiting Chicago in the summers he rode with his cousins. Upon moving to Dallas he purchased several bike's and met his “best biker friend”, Jerome Fellows (Demetrius). They road countless miles and had twin bikes for years.

Calvin met his wife, Alfreda Elaine, while attending Bishop College. Calvin would say “good morning” to Alfreda as she rushed to the science building at 8:00 a.m. and “good night” when she exited the building just before dark. They became best friends and hung out often. Alfreda graduated prior to Calvin but returned to witness Calvin receive his degree. After years of travels and exploration, the two realized they were more than just friends. Calvin and Alfreda were married on February 28, 1987. To this 32-year union, they were blessed with three children, Calvin André Rollins, II (Newark, NJ), Christopher Ryan Rollins (Dallas, TX) and Angelica Elaine Rollins (Dallas, TX). Over the years, several Booker T. Washington High School students and others have called the Rollins house “home” and considered them their surrogate parents

. A few young people that called the Rollins house “home” included Brianna Morgan-Way, Jordan (JoJo) Walker, Asya Fuller, Josh Bailey, Kelton (Boy) Blackshear and countless others. The Rollins house was a home that opened its doors to many for refuge or a home cooked meal.

To order memorial trees or send flowers to the family in memory of Calvin Rollins, please visit our flower store.