Alfreda Elaine King Rollins was born on January 5, 1960, in Dallas, Texas, to the late Delbert B. King, Jr. and Opal J. Scales.

Alfreda was the product of the Dallas Independent School District, graduating in 1978 from Skyline High School. She then attended the historic Bishop College, where she received her bachelor’s degree in Chemistry with a minor in Biology. While attending Bishop College, Alfreda met her future husband, Calvin Rollins, who would say “good morning” to Alfreda as she rushed to the science building at 8:00 a.m. and “good night” when she exited the building just before dark. They became fast friends and often hung out together. Alfreda graduated before Calvin but returned to witness Calvin receive his degree. After a year of travel and exploration, the two realized they were more than just friends. Calvin and Alfreda were married on February 28, 1987. Alfreda and Calvin remained married until his passing on February 25, 2019. This 32-year union was blessed with Calvin André Rollins, II of Brooklyn, NY, Christopher Ryan Rollins of Dallas, TX, and Angelica Elaine Rollins of Dallas, TX. Over the years, several Booker T. Washington High School students have called the Rollins house “home” and considered them their surrogate parents. Briana Morgan is like a second daughter to Alfreda and was always welcomed in the Rollins home. Other young people called the Rollins house “home” included Jordan (SoJa) Walker, Asya Fuller, Kelton Blackshear, and countless others. The Rollins house was a home that opened its doors to many for refuge.

Alfreda was a staunch supporter of the arts, including supporting her three children through their artistic expressions. She has held different positions in the Arts District; when AT&T Performing Arts Center was built in 2009, she became part of the inaugural team of volunteers and soon was hired as a part-time supervisor. Her leadership and gift of hospitality led her to be hired full-time as the Volunteer Coordinator, later joining the events team. She organized several food drives, blood drives, and community projects with her Volunteer’s Volunteer Group. She lovingly dedicated her time and talents as a member of the Council of Elders of Dallas Black Dance Theatre’s DanceAfrica. She sang with passion, danced with joy, creatively crafted costumes, and even choreographed. She was a part of the heart and soul of the Council of Elders and led the group with love and laughter. Most recently, she was the Patron Experience Manager at Dallas Summer Musicals. Many cast, crew, and other talents lovingly referred to Alfreda as “Mama” because of her kindness and care. She knew no strangers and treated the stagehands no differently than the A-list stars. Everyone was family. She worked with several other Dallas-based organizations such as Big Thought, Dallas Dance Council, Carter Blood Care, South Dallas Cultural Center, and Texas Food Bank, to name a few.

On the evening of July 29th, Alfreda died peacefully in the comfort of her home, surrounded by the love of her children.

Alfreda leaves to cherish her memory three amazing children, two sisters, Elleanor Johnson and her husband, Bruce, and Debra Allston; one brother, Delbert B. King, III and his wife, Sharee, as well as several claimed children, God-children, long-time church family, and a large host of friends.

To plant memorial trees or send flowers to the family in memory of Alfreda Rollins, please visit our flower store.

My single greatest memory of Alfreda occurred the last time that I was allowed to see her.I walked into the room and she instantly smiled. I returned the smile from behind my mask.We each shared other sentiments, then I said I have always felt a connection to you. She looked at me with a knowing and loving smile and said because we are are cousins. She then looked at me as though I should have known why. She shared information about her diagnosis with me.. She then held up her right hand and said look at this hand. She held the hand in the same manner that my mother had held it during a play that mom had performed in. She also said the line exactly the way mom had said it. We both laughed. I couldnt remember the name of the play and later had to consult the Artistic Director and Author to find out which play it was. It turned out to be Going Home for Christmas. That line, that play is the message Alfreda was wanting to convey to me. Alfreda is now Home for Christmas. Home in the loving arms of the Lord. No more pain, no more sorrow, instead there is much Love and many Hugs from our Heavenly Father.

Oh Alfreda! You were a joy to know. You made a difference everywhere you went. You inspired and motivated. Your laughter was irresistible and your hug and smile made my day. Your legacy lives on in the HIPPY families you worked with for so many years, in the relationships and friendships of those you worked and played with, and of course in your children who were loved so dearly. To your family, I am so sorry for your loss.

I'll always be thankful for all the work you and Janice did to make my 2016 Retirement party, in Las Vegas, a wonderful event. RIP Cousin

Sending my condolences and prayers to all family and friends. What a beautiful memorial obituary for a wonderful person. May she rest in heaven and watch over all she loved.

Love you miss you, save me seat in heaven.Wil aka Dark Chocolate.

Alfreda and I traveled to Washington D C to see Calvin and Rashundra dance. We were all over the place; art museums Lincoln memorial; and all the other tourist sites and ended up marching in a protest that we road the subway with. We were all over WashingtonRest now my travel buddie, you will be missed and remembered

I met Alfreda as a child, when we both attended St. John Missionary Baptist Church. Weve been friends for most of our lives. She adopted me as her big brother and I loved her even more after that. I shall miss the many joyous times we shared. Little Sis, I will miss you and l look forward to our great heavenly reunion!

Alfredia was a dear friend I met at church (old St. John), she was so bubbly and we shared so many experiences St. John summer program and field trips, Christian Theater, then she recruited me to volunteer at Dallas Summer Musicals. Alfredia never met a stranger. She loved life, her family, fiends and became a special part of our family and will surely be missed.Calvin, Chris and Angelica you have our prayers, love and sympathy!Gayelord and Vanessa Gray and Lauren Gray Lewis and family

Friends and Family uploaded 1 to the gallery. 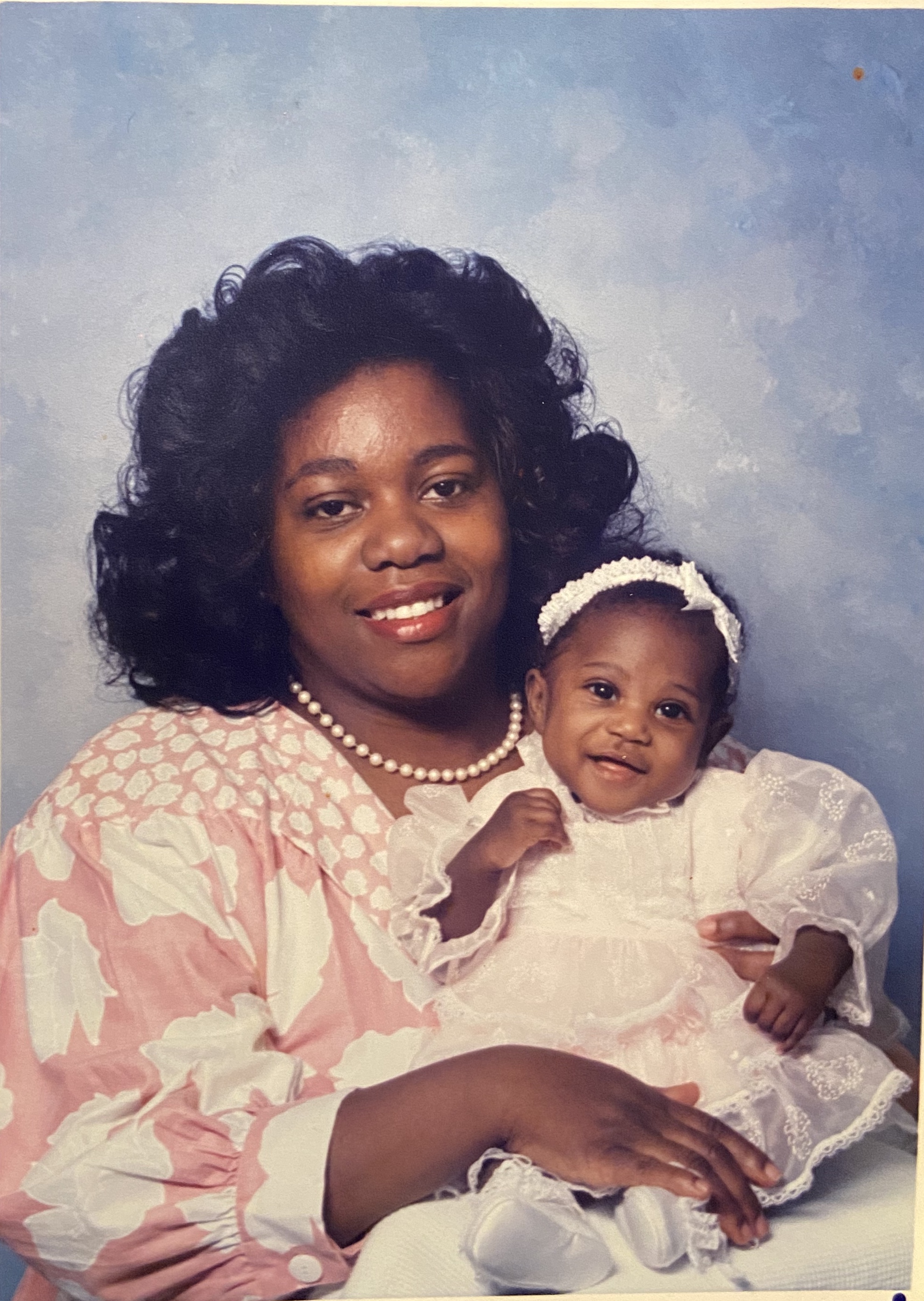